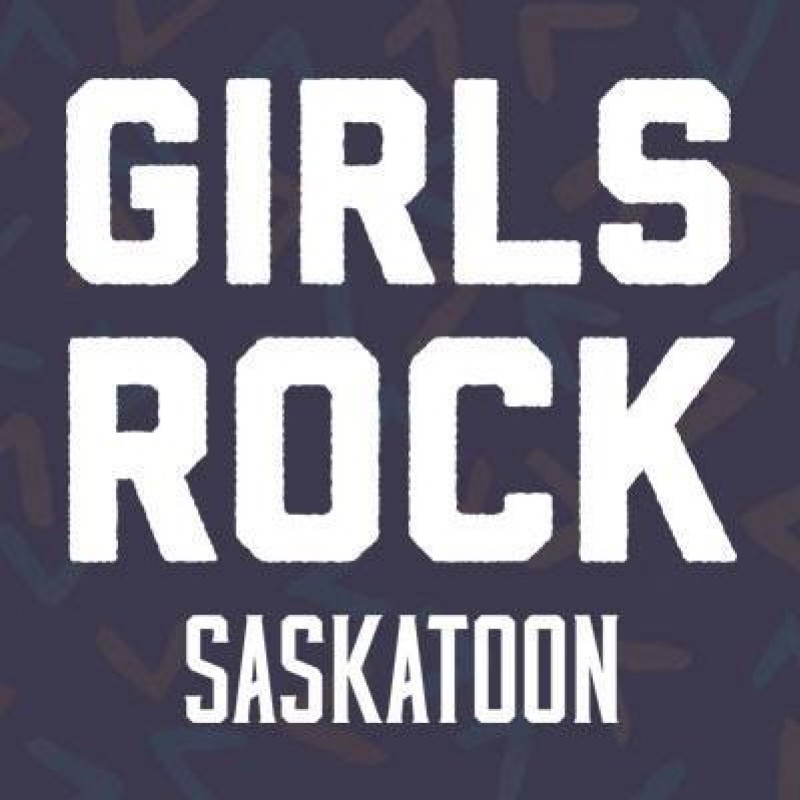 Girls Rock Camp (GRC) is a week-long youth program where campers learn an instrument, form a band, and write a song to be performed at a showcase at the end of the week. In addition to technical instruction, campers take part in a number of music and non-music workshops centered on creativity and confidence-building, such as Songwriting, Image & Identity, Self Defense, Zine-Making, and more. It is now a worldwide movement, with camps taking place from Japan to Australia to Alaska, and here in Saskatchewan, we’re privileged to be a part of the movement. It is now the fourth year for Girls Rock Camp in Saskatoon, and this year it is coming to Regina for the first time. I had the chance to learn more about how it all got started in our province.

Girls Rock Saskatoon was initiated by two longtime friends and band-mates, Mairin Loewen and Alison Whelan. Alison and Mairin had observed that the local music scene was not as diverse as the city itself, and borrowing from the work done through other Girls Rock Camps around the world, Girls Rock Camp Saskatoon was launched in order to build the confidence and self-esteem of female-identifying youth in the city. The first year, meetings were held in Alison’s living room and consisted primarily of people who already knew each other. From there the circle of Girls Rock Saskatoon has expanded considerably and now includes dozens of volunteers. “The early days of GRS involved a lot of trial-and-error, and our organization benefited greatly from the mentorship and advice of other camps. It has been exciting to watch the organization grow over the past four years!”

I also had the opportunity to chat with Amanda Scandrett and Danielle Sakundiak from Girls Rock Regina, and was interested to find out more about how the planning was going in its first year. “Great! We’re in the early stages, but have received so much love from the community, volunteers, donations, and inquiries from parents on how to register their children. We’d both really like to thank Girls Rock Saskatoon for the mentorship and encouragement they've given us”.

Amanda and Danielle played a huge role in organizing and recruiting people to help with this year’s camp. I was curious about what inspired them to team up and bring it to Regina. “I was inspired by a Calgary Rock Camp on Facebook, and thought how much I would have loved to do that when I was young. I'm a mom of two girls and wanted this program to exist in Regina, so I thought ‘why not me?’ From there, I connected with organizers of Girls Rock Saskatoon - they connected me to Amanda, I attended a Girls Rock Camp conference in Philadelphia, and volunteered as a band manager for Saskatoon,” explains Danielle.

Amanda notes, “I play in Regina band Library Voices and my day job is running an arts centre here in Regina. A program such as GRC that integrates music, empowerment, and community all in one place is right up my alley. I was drawn to the opportunity to expose more female-identifying, trans, and gender non-conforming individuals to empowerment through music, and to provide a safe space for that to happen at a young age. I was also interested in the idea of creating community for female-identifying musicians to come together to work toward a common goal and provide mentorship to youth. We have so many great musicians in our community and throughout the province, and we rarely get to come together to cross genres and coordinate schedules to collaborate. No better time to connect and get psyched than at Girls Rock Camp!”.

It is now an international movement that is gaining momentum across the world. Amanda and Danielle note, “Building positive spaces for girls and women to express themselves creatively - now more than ever - is really important. Across the world, women see themselves under-represented or misrepresented in the music scene, and this is a way to change it. And, if a camper never picks up an instrument again, we hope the message of empowerment, and "rocking out" in whatever way they choose, sticks.”

For the most current Girls Rock Camp information, including deadlines, event details and volunteer opportunities, see these links (Regina’s website is coming soon):