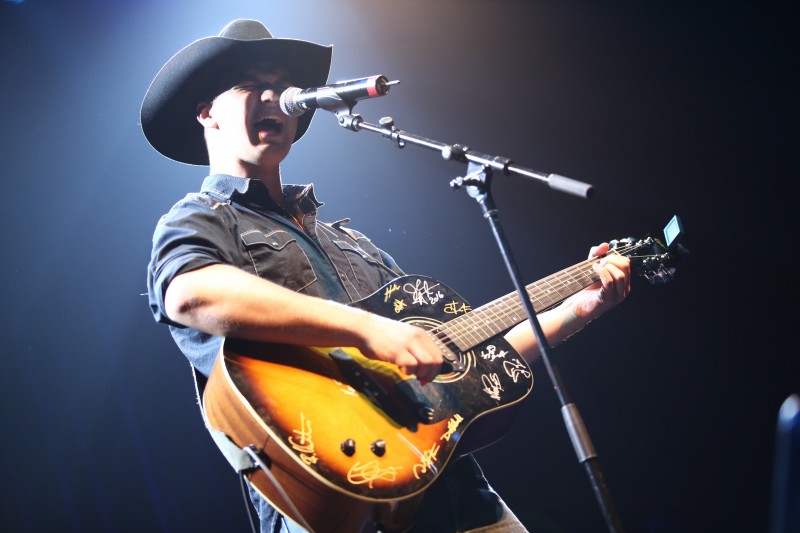 Lumsden’s Justin LaBrash got his start in music at around 5 years old when he took up piano lessons. He then decided an instrument switch was in order and moved on to the classical violin at age 7. He took lessons and continued to play for nine years, during which he had an opportunity to perform with the South Saskatchewan Youth Symphony. At age 11, Justin also decided to take up the guitar, which played a key role in helping to develop his songwriting skills and his singing voice.

Now the young country artist performs quite frequently, playing an incredibly high energy set, singing songs that are a little bit country and a little bit rock n roll. “The amount of artists I take influence from is massive,” he explains.  “From Johnny Cash to Hank Snow to Stevie Ray Vaughn to AC/DC to Van Halen, the list goes on and on.”

So what can you expect at a typical Justin LaBrash show? On tour the young musician will usually appear with a supporting band. “I like to use the same guys to try and keep live performances consistent. Carter Kent plays drums, Curtis Ficor plays lead guitar, I play rhythm guitar and we’re in between (regular) bassists at the moment.” As a former participant in the Tom Jackson performance coaching workshop that SaskMusic presented , I asked Justin if he felt it had any influence on how he performs today. “Oh absolutely. My shows have a lot more energy now and I’m always thinking of ways to get moving around the stage, instead of just planting myself behind the microphone. I also just generally have a lot more confidence on stage.”

Justin has released three singles to date, with two of them being released to country radio. His third single, “Honeybee,” hit the #6 spot on the “most active indies” DMDS National Charts. You can find that song on his debut EP,  “Roots” which was released on Canada Day 2016. “The response was overwhelming,” says Justin. “At the release show in Regina, we had over 500 people attend!” While not busy working promoting his EP, Justin has been busy hitting the road to share his songs with people across the country. He did a summer tour down the East Coast and Newfoundland, and also did a provincial tour across Saskatchewan in November-December.

When asked if he had a favourite show from those dates, he had two that came to mind. “The first was in Liverpool NS, which is a tiny, tiny town. Every year they host the Hank Snow Tribute festival, and the city grows huge! The festival is held in a rink, which ends up being packed. The crowd had such high energy it was incredible. Second was in Gravelbourg SK where we had a chance to play the after-party for the Festival of Trees. Again, the crowd was so great and had such high energy. We played right until 2am and had to tell them that we just couldn’t play any longer, even though they were all still cheering!”

This holiday season, Justin found an opportunity to play a few tunes to children in the pediatric ward of the Regina General Hospital. “I like to stay involved with the Children’s Hospital Foundation of Saskatchewan based on personal experiences from when I was younger. I thought it would be a nice way of giving back, so gave the CHFS a call and they were completely on board with the idea.” He recently held a show at the Artesian in Regina, where 100% of the proceeds went to The Children’s Hospital Foundation of Saskatchewan.

What does the future hold for this young, promising artist? Well, he’s currently busy planning his fourth single release for February 2017, and this time he’s launching a video to go along with it! Also in the works, Justin is planning to do a summer 2017 cross-Canada tour. You can follow Justin on social media or his website. 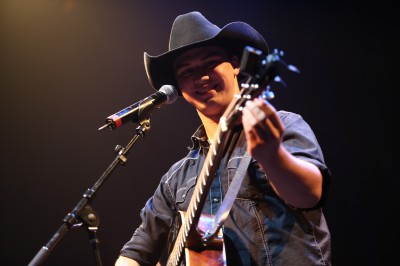