Siobhan Bayda, Gabrielle Giroux and Tesa Thompson grew up together in Prince Albert, Saskatchewan. The three girls met in grade 7, and found that a shared love of music brought them together. They used to joke around about starting a band, but at 14 years old the joke became a reality. They had a fateful meeting with Lucy James of Jam Street Music Sessions, and she became a mentor, a manager, and helped turn their dreams into a reality.

Now at just 17 years old, the three have progressed to releasing their debut EP, with Siobhan on vocals, bass and ukulele, Gabrielle on vocals and guitar, and Tessa on the drums. Last year the band won the 2016 SaskTel ‘Search for the Stars’ Songwriter of the Year award for their song “Can You Hear Me?”. This achievement has helped get the trio get into the studio for their first recording. The album is a mix of alternative rock, pop and indie. Since each of the members has very diverse tastes in music, they draw inspiration from many different genres and artists. They explain; “We grew up listening to bands like Evanescence, Mariana’s Trench, Joan Jett, Blondie, Paramore and Seether. Our music can range from ukulele-driven pop tunes, to bass and guitar-heavy rock songs. We’ve been compared numerous times to artists such as the Smashing Pumpkins and U2, which is an extreme honour.”

While not on the stage rocking out or plotting their album release, the three have put on motivational workshops for young girls in their community. “Through these workshops we mentor the girls and teach them the lessons we’ve learned, and the power of self-worth and belief. We talk with the girls and play a few songs for them. Sometimes they even get to come up and learn how to sing and play the song themselves. It’s so rewarding to watch the young ladies leave with smiles plastered on their faces, talking excitedly about starting their own bands, or following their dreams.”

The Borealis Music Fesival, Pine Needle Mountain Bike & Music Festival, B.E.D Rock and the Evergreen Festival have all been fortunate enough to have the Wolfe take part in their fests. They’ve also opened for some wonderful artists such as Palmer’s own Megan Nash, Winnipeg’s Panicland and the French rock group Gasoline from Montreal.

The release party for their self-titled EP was held on June 25 at the Mann Art Gallery in Prince Albert. The group is also planning to hit several locations in Saskatchewan to promote the new record.

What can you expect to see from this group in the near future? “We hope to reach more audiences throughout Canada over the next couple of years. We’re in the process of planning tours for this year to promote the EP, as well as planning to play more festivals. Also in the works is our first full-length album. Although the EP is just being released, we’re already in the process of writing the new record, and you can even hear a few of the new songs at our live shows.” In the meantime, the girls have also just released a video for their first single from the album, “Dumb Dog”. Be sure to give it a watch on YouTube!

For more information on The Wolfe, visit www.facebook.com/thewolfeband. 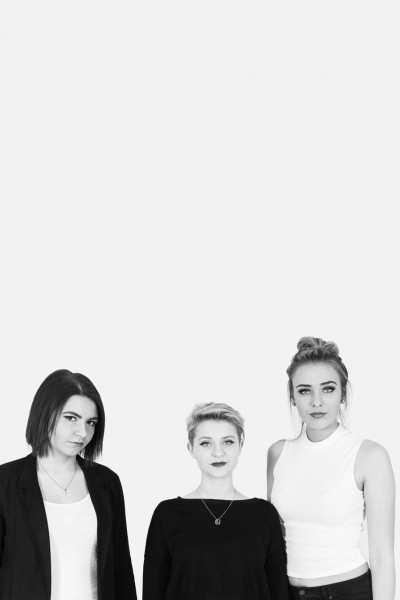