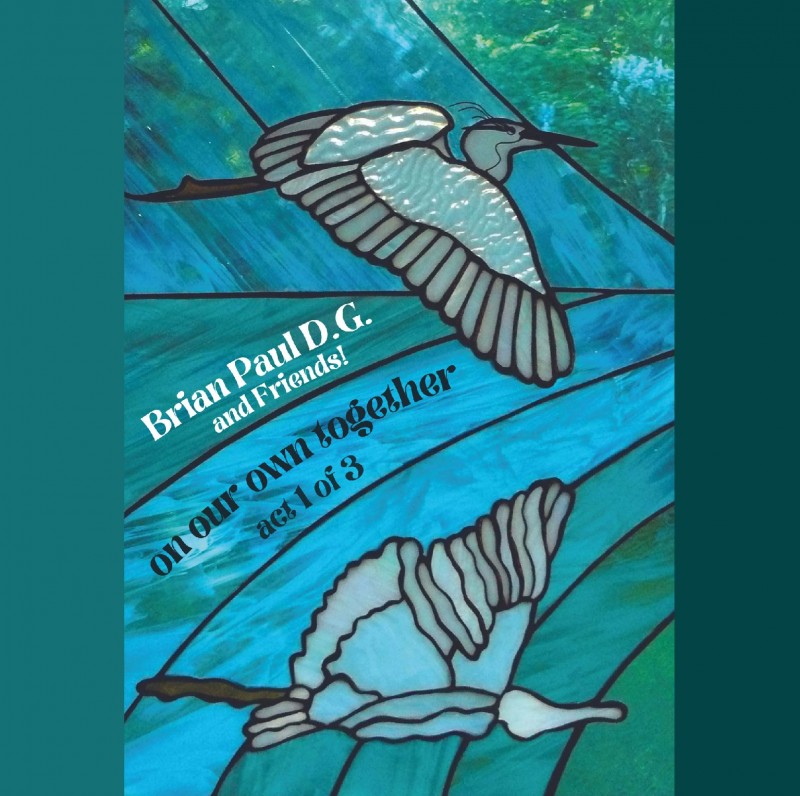 On Our Own Together (Act 1) is out now on all major streaming platforms!

New Album by Brian Paul D.G. and Friends out now!

On Our Own Together (Act 1)

Part 1 of this three-part album series highlights the voice, guitar and harmonica of Brian Paul D.G. mostly on his own, as well as three other friends and bandmates presenting poems on their own. Part 2 and 3 will come out later highlighting more bandmates playing together! The album titles' themes lives throughout each song and certainly within each album, each on their own, and yes you guessed it, altogether also... relationships with others and oneself, subtle politics, infinite mystery and ultimately humour and humility are the themes that run throughout.

There will certainly be some touring and more music videos, so keep in touch via social links and/or email list for more details on the playful way! www.brianpauldg.com