A fantastic slate of performers for this year’s show will be announced over the coming days. All twenty SMA categories will be presented during the show. The SMAs are intended to honour excellence and celebrate the achievements of our Saskatchewan music industry members over the past year, with both artistic and industry nominees recognized.

Tickets are on sale now at https://tickets.darkehall.ca for just $21 in advance/$26 at the door.

The general public will help to decide the recipients of four categories of the Saskatchewan Music Awards (www.saskmusicawards.com), with public voting underway now through midnight November 16 on:

Album of the Year. The eighth annual Best Saskatchewan Albums of the Year Long List poll has been curated by a jury and is now presented to the public who will determine the Top Ten. The poll was created as a “year end list” to recognize full-length albums, in any genre, released by Saskatchewan artists over the past year and now converges with the annual Saskatchewan Music Awards. The Top Ten will be revealed on SaskMusic socials beginning in December with top Album of the Year announced at the December 11 awards show. Links to playlists with samples of songs from all the Long List albums can be found at www.saskmusicawards.com.

The Industry Achievement Award will recognize excellence in the provision of skills and/or services and by those helping to build the community and music industry of Saskatchewan (April 2021-October 2022). Individuals, groups, or businesses can be nominated. Final nominees were selected by jury. The winner will be determined by a combination of jury and public vote.
The nominees are: Brent Ghiglione, CAMP - Community Arts Mentorship Program, Grey Records, Nigel Childs, North Sask Music Zine NSMZ

Music Company of the Year will recognize a music business/organization that has demonstrated excellence in services, sales, or craftsmanship in their offerings to the public and/or music industry (April 2021-October 2022). This is the first year for this category. Final nominees were selected by jury. The winner will be determined by a combination of jury and public vote.
The nominees are: Dingwall Guitars, Music In The House, Sawchyn Guitars Ltd, School of Rock Regina, Sharp 5 Records

Venue or Festival of the Year will recognize live music venues and music festivals that strove to celebrate and present live music (April 2021-October 2022). The category will consider both in-person shows/events and alternate programming initiatives, as well as excellence in programming and community engagement. Final nominees were selected by jury. The winner will be determined by a combination of jury and public vote.
The nominees are: Creative City Centre, SaskTel Saskatchewan Jazz Festival, The Bushwakker Brewpub, The Capitol Music Club, The Exchange, The Happy Nun Cafe

Previous recipients of Industry Achievement and Venue of the Year can be found here. 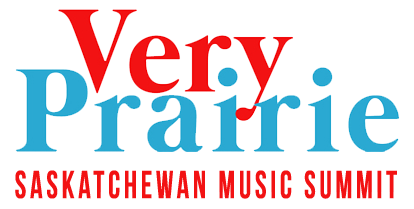 Registration for the Very Prairie Music Summit has also opened. This artist-oriented music industry event also returns in-person this year. From an opening event on the evening of Thursday, December 8, through to the SMAs on Sunday, December 11, we'll be sharing practical information and thoughtful dialogue with panels, one-on-ones and networking opportunities, including Women in Music Saskatchewan brunch. Join national and international speakers, fellow artists, and local industry members at the University of Regina's College Ave Campus for the educational portions during the day, and at various venues in the evenings for showcase presentations.

Summit details are available at www.veryprairie.ca. Registration rates vary and are accessibly priced. Presenters and panel descriptions will be announced shortly!