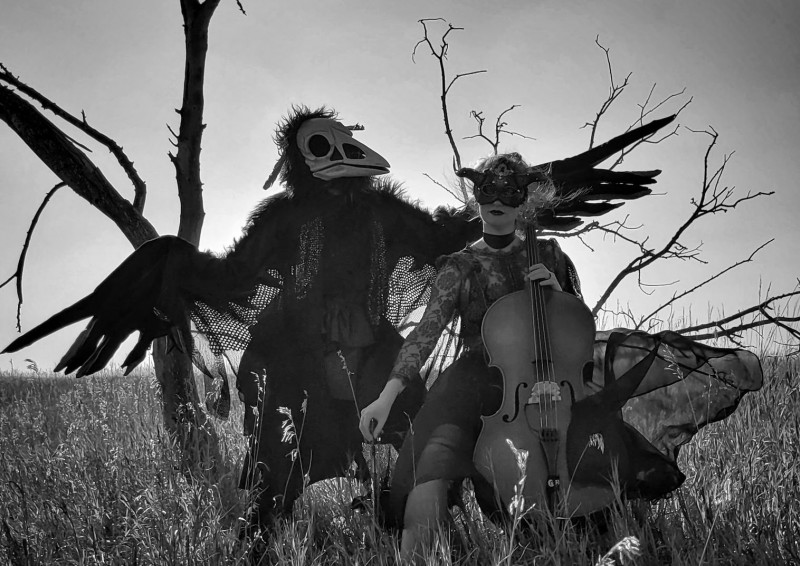 New Jacobin Club has been one of Western Canada's most enigmatic independent bands for over two decades, weaving tales of Lovecraftian horror with overtones of Oscar Wilde and a cheeky sense of self-awareness. Their costumed stage theatrics and sonic delivery have been lauded as “A bevy of fiendish visuals and a sound that brings together a cauldron of classic goth, 70’s rock, and power metal.” (Rue Morgue Magazine). International success of their albums "This Treason" (2010) and "Soldiers of The Mark" (2014) has taken them overseas where they are much loved by the UK steampunk and gothic rock communities.

"Empire of Dis" is the title of the band’s upcoming full-length studio album, and shows the growth and maturity of the current line-up: Poison Candi (theremin, vocals), The Horde (guitar, vocals), Mistress Nagini (keyboards, stage theatrics), The Luminous (electric & acoustic cello), The Ruin (bass), and RatKing (drums), who have now been writing and performing together for nearly 13 years.

Tracking for the album began in 2019, but a near-fatal accident put producer-engineer Matthew Facca out of commission for the rest of the year. In 2021 the band picked up where they left off, and carefully crafted the most sonically and lyrically ambitious album of their 25 year career. "Empire of Dis" is a concept album set in a post-apocalyptic fantasy world that has some rather sober and familiar themes - both geographically and historically Western Canadian.

The album will be released on November 4 and will be available for pre-order directly from www.newjacobinclub.com starting October 1. The ten song album is an international collaboration featuring guest vocalist Lord Montague of SteampunkFunk Bizarre (New York), and the support of a fully animated video for the track “The Hunter” by producer Aleksei Postnikov and head animator Sasha Vodolazhchenko (Russia).

“Empire of Dis” will be available as a digital download, standard CD, limited edition CD with 28 page hardcover book, and gold marble 12” vinyl. The singles “The Priestess” and “The Hunter” will be available on streaming services concurrently with the release of the album.