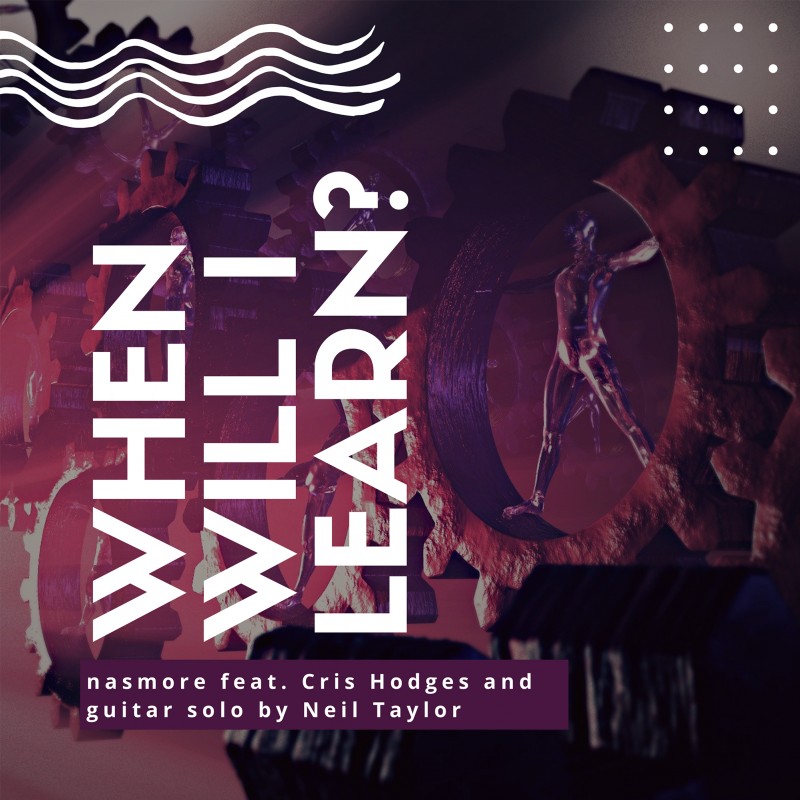 nasmore Releases New Music ‘When Will I Learn"

A Moody And Atmospheric Opus That Infectiously Grips You

Very so often I’m introduced to a musician, and immediately I yearn for whatever they have next. My introduction to them is one that solidifies me as a fan. I feel an immediate kinship to the music that’s permeating my ears. Well, ‘When Will I Learn’ is most definitely a qualifier for being a song that fits into that category, and nasmore has earned a place in my headspace as I eagerly look forward for whatever comes next from this outstanding collection of musical maestros.

Nasmore on this track alone absolutely screams talent. He exudes top caliber musicianship cultivating a masterpiece that belongs blaring out of the loudest speakers in the largest stadium that one could find. The production on this track is on such a high level that it’s damn near immeasurable. The expert assembly of all the intricate pieces that play a part in this song is something to behold. The topic of the narrative within the song is also one for the ages. It tackles concepts of reciprocation. Karmic payback and ones yearning for more. These are concepts that while heavy, are also extremely relatable.

Nasmore recruited the exact right components to help propel the anthemic tonality of the song into the stratosphere. He’s brought on Cris Hodges, whose voice is on a level all its own with remarkable range. It’s rough and gritty with a weighty level of expressiveness needed for this song. Then to add icing onto the already overloaded cake, Nasmore recruited Neil Taylor, a guitarist who has a long and distinguished career behind his name. From being a former member of Tears For Fears to working with Tina Turner. His guitar licks are mesmerizing and fierce as they invade your mental and plant a flag as they make themselves at home within your psyche. Taylor’s riffing on the guitar will stick with you long after the song ends, much like every other aspect of this magnificent song will.