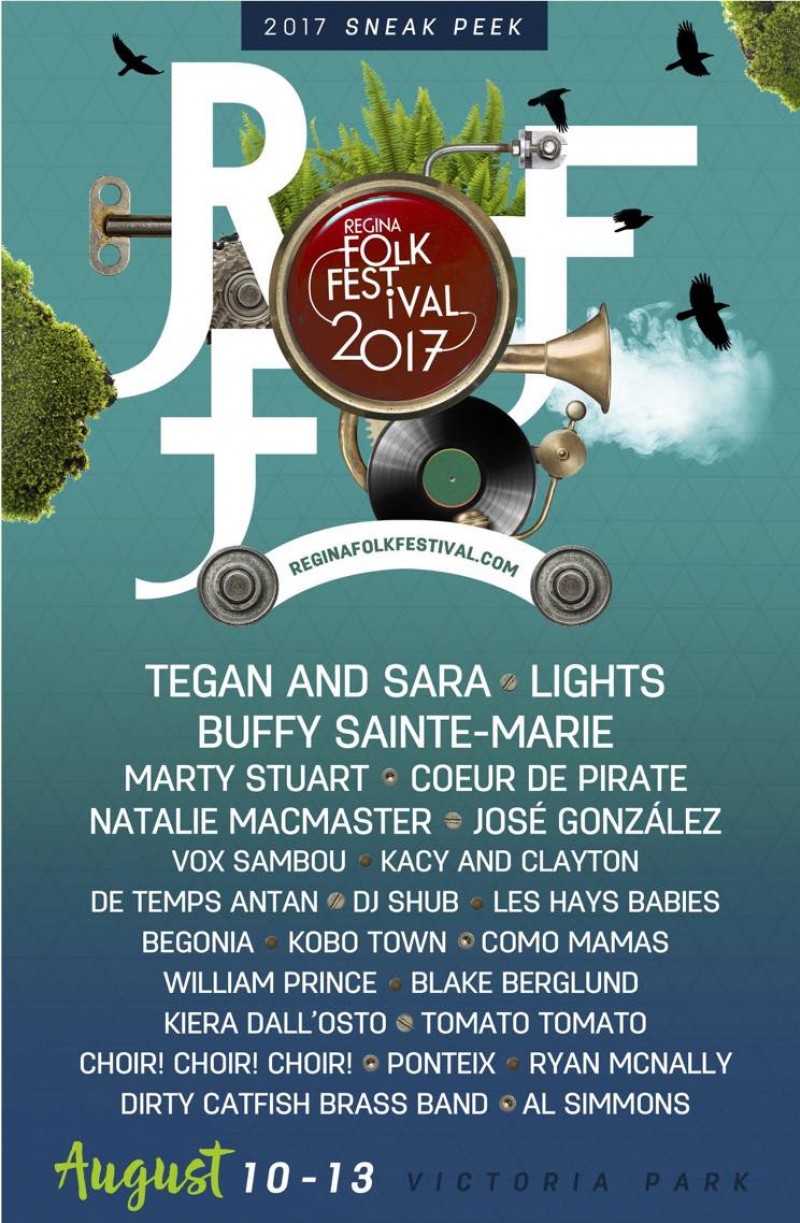 The 2017 RFF will offer free daytime concerts and workshops on 4 stages, a CHILDREN’S AREA with music, dance & crafts, an ARTS’ MARKET with all sorts of one-of-a-kind stuff, a DAYTIME BEER GARDEN, the festival ROCK GARDEN, a FESTIVAL RECORD STORE, an INTERNATIONAL FOOD COURT as well as highly anticipated MAINSTAGE CONCERTS. We also have an exciting addition to the 2017 festival that we will be announcing soon!

Info: 306-757-0308 or www.reginafolkfestival.com TICKETS ARE ON SALE NOW! Early bird weekend passes are available now! Individual night tickets will be available starting in May. Tickets can be purchased online at REGINAFOLKFESTIVAL.COM or by phone at 1-888-732-1682 After August 10th, the Regina Folk Festival Box Office will take over ticket sales on the festival site. The RFF Box Office will be located just south of the cenotaph in Victoria Park.