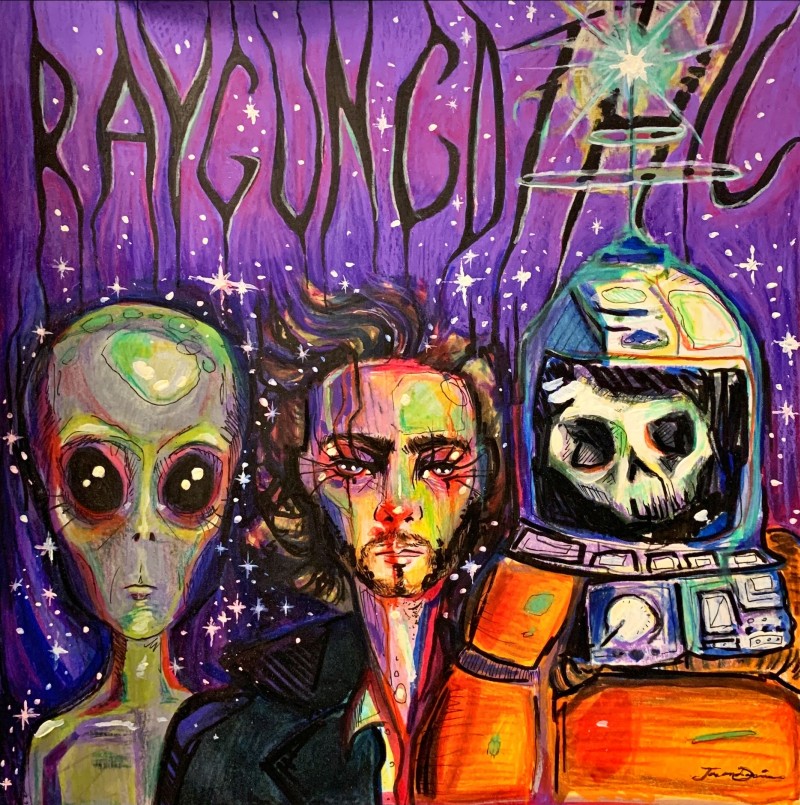 Emry Tupper has released his second EP entitled Raygun Gothic. It's a 6 track alternative pop EP that covers a wide range of topics. The first track, "Take my Breath Away" is a song about wanting to just dance and party as a release from the hard aspects of life. The 2nd and 5th songs, "tower of cards" and "Cut the $hit" are about what it's like being an independant artist. The theme of tower of cards can be summed up with one of it's lyrics: "Where is the line between believing yourself and delusions of granduer". Cut the $hit is a more tongue-in-cheek anthem about not wanting to be used as an artist. The 4th and 6th tracks, "Alibi" and "Checkmate" are about the messy sides of love. Alibi is about realising that you're in an extremely co-dependant relationship, and Checkmate is about the emptiness that is created when you remove yourself from that relationship. The 3rd track, jokingly named "BurgerKing4" is a voice memo of Alibi. It shows a glimpse into Emry's raw sound and pulls back the curtain from all of the polished production. It was written, recorded, and produced by Emry.