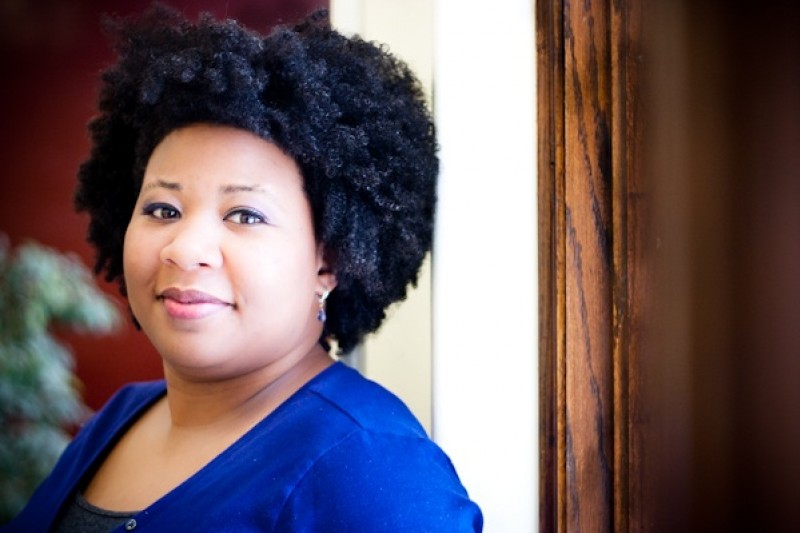 Behind the Scenes: Cynthia Peyson Wahl

Cynthia Peyson Wahl has had a wide breadth of musical influence from studying flute in her undergrad at the University of Regina, to contemporary music at Grant MacEwan, to now teaching at Campbell Collegiate here in Regina. Her career now consists of teaching musical theater, vocal jazz, chamber choir, and orchestra.

Throughout her career in education, Cynthia notes the growing diversity in the province. As a student, Cynthia rarely experienced other people of color in her ensembles. She also mentions how the same was true with people in the roles of being a teacher.

"I was probably one of four or five Black kids in an entire organization close to eight hundred people. I was so pleased to find that when I began teaching at Luther...that there were several Black kids involved in music at that school, and I see that across the board."

It is evident in the ways that Cynthia teaches that she is passionate about indigenizing and decolonizing the classroom. She takes into account not only what she is teaching her students but also how she is doing it. By engaging in various perspectives, Cynthia is able to break those boundaries. Her identity is one way she is able to speak to students about these barriers.

"I want to be constantly working towards indigenizing the contents, curriculum, and ways of knowing. And also bring the special skills I might have, or the understandings I might have of straddling the world of Western European art music and music of other cultures, which tend to be under or devalued in formal academic music settings."

As someone consistently working with youth, Cynthia notes the power of music education and how her goal is to create empathetic humans that can contribute to society. The exposure to various types of music and perspectives in schools is one way this can be done.

Cynthia speak strongly about the line between appreciation and appropriation in the school system and how educators can best tread those waters. It is important for educators and musicians to be humble and admit ignorance when faced with a genre or style one is unfamiliar with. To combat this, Cynthia recommends finding a culture bearer to better guide the work.

"I use the inclusion of culture bearers to help me ensure I am on the path of appreciation rather than appropriation."

"There's no shame in not knowing. The only shame comes when you do nothing to remedy that."

Throughout her time in the education system, Cynthia is optimistic that change is happening. When comparing her time as a university student to now teaching classes at the University of Regina, she has noticed more and more people of color engaging in music education. Cynthia claims that the growing diversity in music educators will bring greater diversity for younger students.

"The chink in the armor of 'all Western European art music all the time' has happened simply by the inclusion of more people of color, of more people of diverse and non-status quo cultural representation. It is going to help us have more diversity in the schools and I really look forward to see what is going to happen when you are all in the same place as I am twenty some years in. I feel like music education in schools is going to look very very different."

In conclusion, Cynthia encourages all people of color to engage in all forms of music whether it be classical, contemporary, or traditional cultural music. We need better representation and being that role model for others will only generate greater musical diversity in our community.

"We need to see ourselves in those positions in order to see that there is a possibility for us to be in them. So I'm hoping that all of my Black boys and girls I have taught over the years won't have to say that they were forty before they saw someone who looked like them doing what they were interested in. So if that's you , get out there, get practicing, make a splash in the world so that more people can see themselves in this world."

Our Making Art in Saskatchewan interview with Cynthia Peyson Wahl