Born in Brampton, Ontario, grew up in Mount Moriah, NL and then moved to Saskatoon, SK in July 2011 where she attended Dundonald School and now Ernest Lindner. Jessica has always been an outgoing, energetic kid and is growing into a very talented young lady. She is very interested in the arts, attending theatre at Persephone, she plays the flute in her school band, has been taking piano lessons since she was 7 and starting singing lessons at 11 years old.

During the Winter of 2016 there was a facebook advertisement for local talent auditions at the Saskatoon Inn & Conference Center for all ages. At 11 years old Jessica decided she would like to audition and test her singing skills, to her excitement she was offered a chance to attend IPop in LA over the summer of 2017. To prepare she continued taking vocal lessons with Long & McQuade in Saskatoon and theatre classes at Persephone. While attending iPop in Summer 2017 she was connected with a local company in Toronto – TNManagment, who connected her with Roy Hamilton III to write / record 2 songs of her own in Feb 2018. She has since released both of those songs – “Beautiful Day” and “Here I Am” in 2018 which are available on all digital media streaming platforms. She worked with D&M Images in Saskatoon for photo shoots to use for her media covers. Knowing that to get noticed you need a music video she signed with Nolita Studios in Saskatoon and with their creative direction and production skills her first music video for her single Here I Am was released Mar 31, 2019 on Social Media. 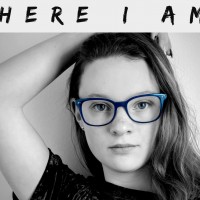