About The Reckless Famous

Hailing from Treaty#6 in western Canada, the Reckless Famous is an Indigenous rock group who’s fusion of Blues, Jazz, Soul, Funk and Rock n’ Roll, with a hint of Metal, creates a sexy and unique sound. All of the members grew up in communities in Northern Saskatchewan and fell in love with music at a young age. Some of their musical influences include James Brown, Led Zeppelin, Metallica, Jimi Hendrix, Stevie Ray Vaughn, Paramore and Twenty One Pilots. They have been touring since 2014 and have no plans to slow down anytime soon. In November, 2016 they released their debut album 10 Stories, which includes the track ‘‘Almost Famous’- their first Single, which was #1 on MBC Radio Top 5 Aboriginal Countdown for four consecutive weeks in the summer of 2016.

The members’ hard work, dedication, and perseverance, is astounding; perhaps it is their unbridled love for music that has driven them so far. Reckless describes the unrelenting desire to transform the world using the power of music. Famous is a tribute to their predecessors whose music has changed society for the better. Whose music served as a catalyst for inner-transformation; essentially, whose music inspired.

The Reckless Famous’ debut album was released November 18, 2016. The album includes their hit single ‘Almost Famous’, which was released on July 1st, 2016, and was #1 on MBC Radio Top 5 Aboriginal Countdown for four consecutive weeks. TRF were among MBC’s Top 5 Most Requested Bands in 2016. After their first tour, a western Canadian tour on Joey Stylez’ “Feather + Rosery Tour” in Dec 2013, the band began gaining momentum in 2014 when they opening for ‘Digging Roots’ and ‘A Tribe Called Red’ at the 2014 North American Indigenous Summer Games. To date, The Reckless Famous has played over 50 shows across Canada!  In 2015, the musicians performed on Telemiracle 39, leading up to their first Canada-wide (Vancouver to Quebec City) summer tour. The group has also been featured on the launch of television series, RezX. 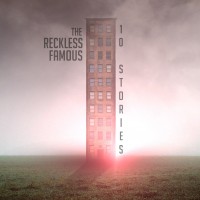